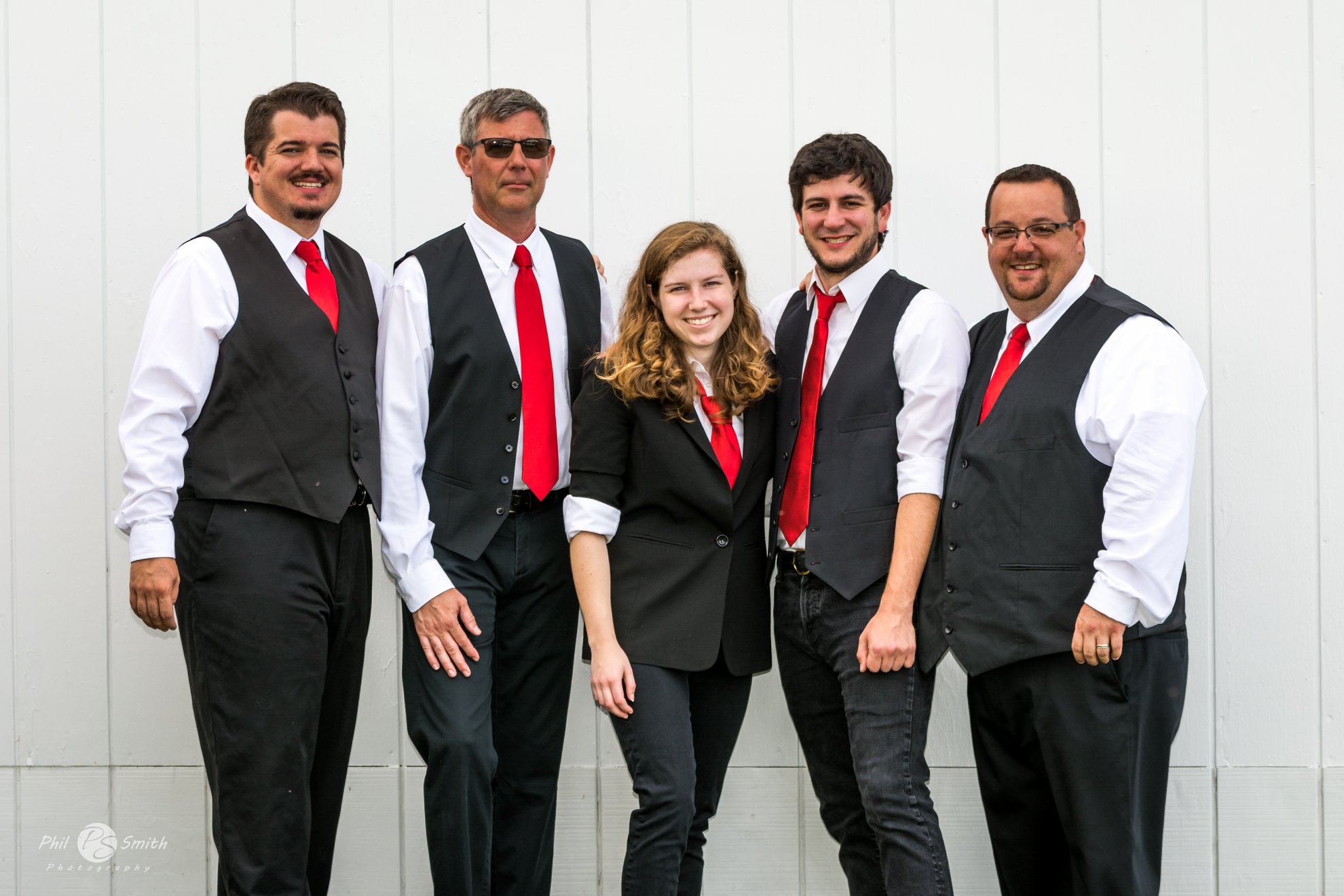 Marc Poitras grew up in Woodstock, CT and now resides in Danielson CT. He officially started playing drums at 11 years old but, mom says," He started playing long before that, hitting everything in the house." A graduate of The Boston Conservatory of Music, Marc is a seasoned theatre drummer and has played many shows including three National Tours. He has also been the Musical Director for a number of shows including Godspell, Man of La Mancha, The Buddy Holly Story, and Broadway Live Productions. Marc is currently the IP Coordinator at Levine Distributing Co. in Norwich CT. 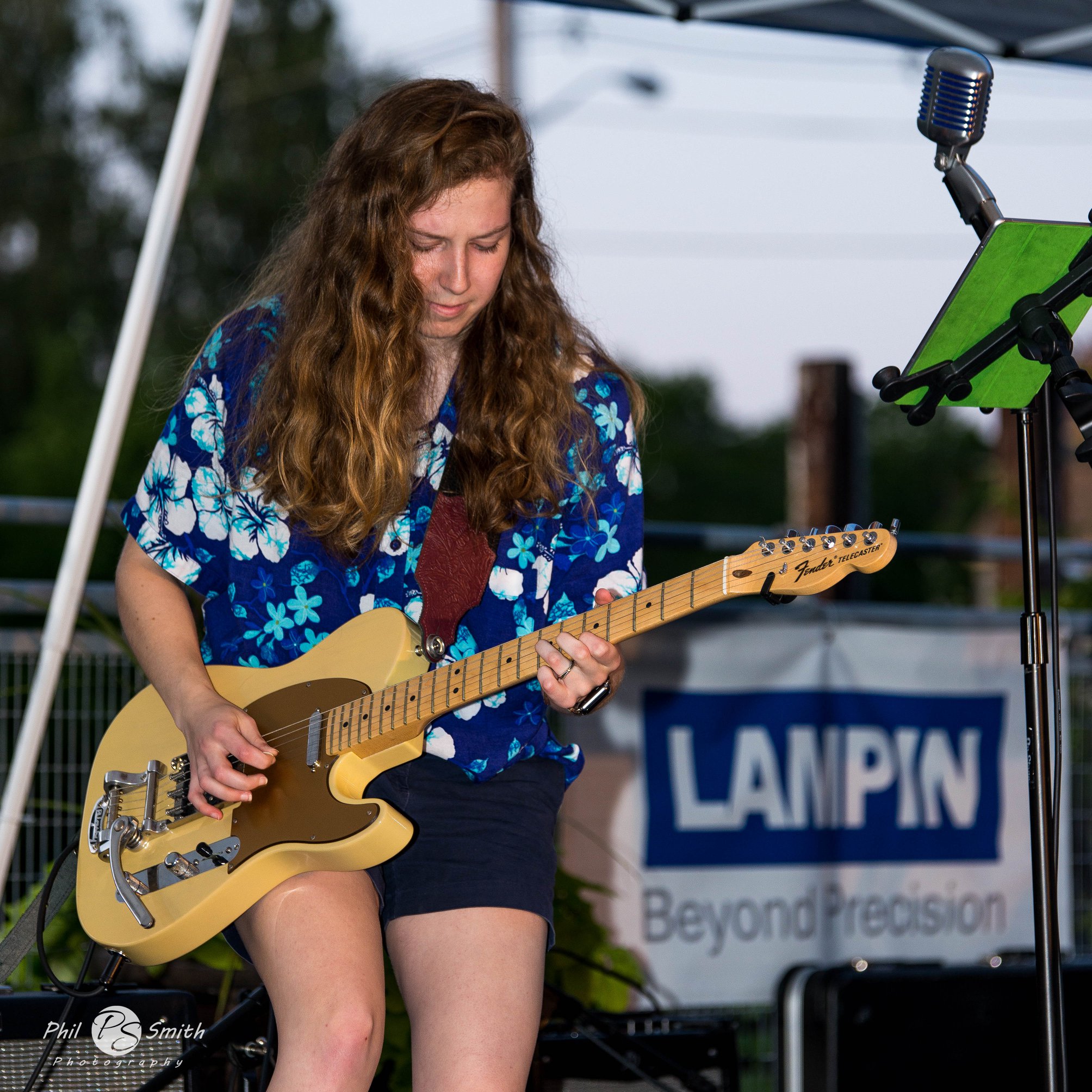 Isabel Tonelli-Sippel started studying violin with Alla Zernitskaya when she was 5 years old, then switched to guitar 6 years later. Izzy has been part of numerous groups, including the rock combo at the RI Philharmonic Music School, the Honors Jazz Band at Wachusett Regional High School, New England Conservatory’s Youth Jazz Orchestra, The Bobby Gadoury Trio, the Central District Massachusetts Jazz Band, as well as the Massachusetts All-State Jazz Band, in which she played at the Newport Jazz Festival. She has played alongside Mark Cutler, Duke Robillard, and Chet Williamson among others, and has performed in several musical theater pit bands. She studied guitar with Doug Williamson and Randy Vallee at Blackstone Valley Music, with Jamie Stewardson at NEC, and with Eric Hofbauer and Joe D'Angelo at Clark University. Along the way she also took drum kit, mallet percussion, voice, and trumpet lessons. Izzy recently graduated from Clark University with a BA in Biology and minors in music performance and computer science. Currently, she is pursuing her master's degree in biology and working as a software engineer for the TJX Companies Inc.. 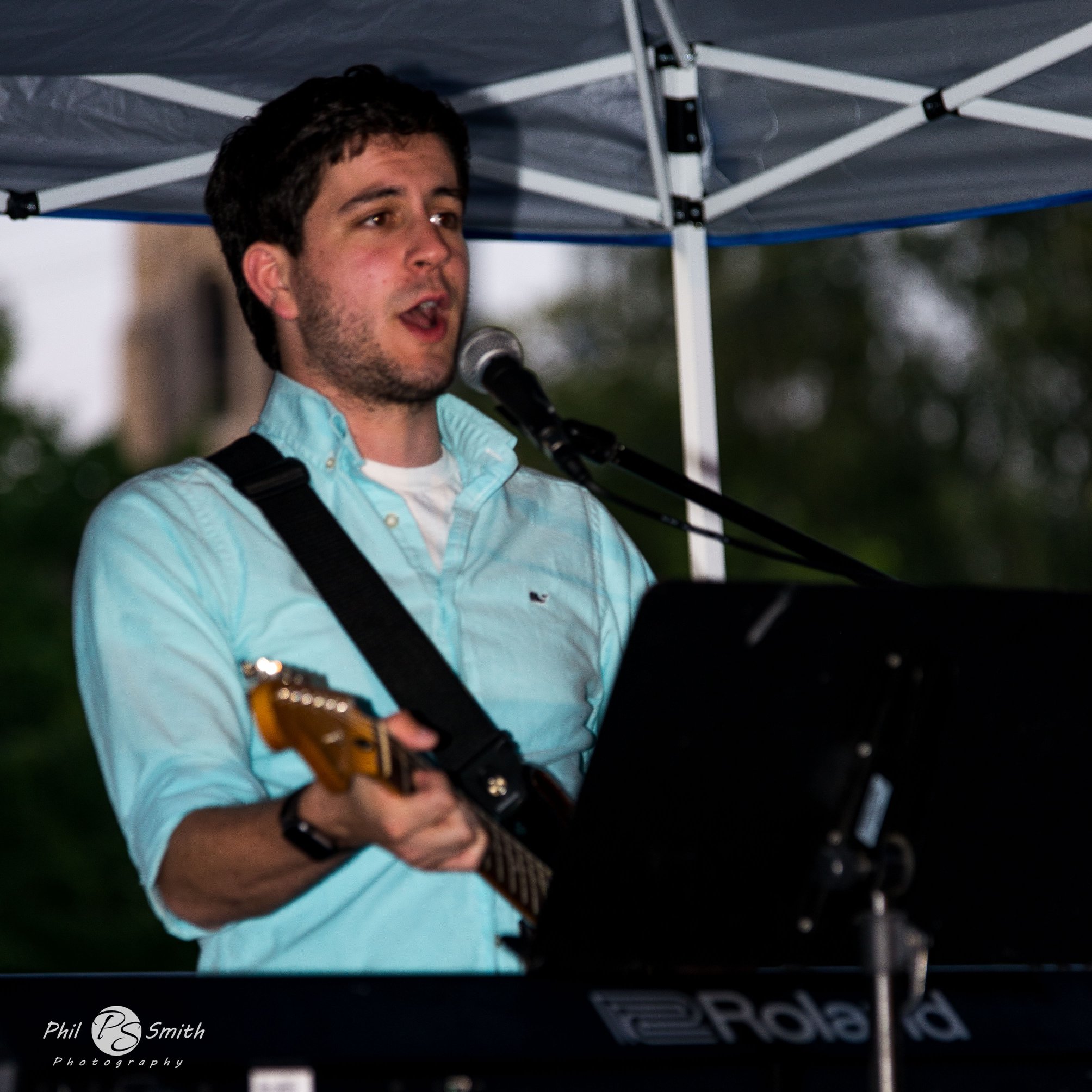 Adam Landry was born, raised, and currently resides in Woonsocket, Rhode Island. He began playing drums and percussion at a young age, eventually taking lessons from ages 11-17. He is also self-taught on guitar and piano, with over ten years of experience on both. Adam is also an actor, having performed in over 40 theatrical productions in Rhode Island, Massachusetts, and Connecticut, including the title role in Buddy: The Buddy Holly Story four different times. Besides Dynamite Rhythm, he also plays out in a trio with his girlfriend Elizabeth Silvia and her brother Jake Silvia from Thompson, Connecticut. They play throughout Rhode Island and Massachusetts, occasionally opening for some big name musicians including Orleans and Herman's Hermits. Adam is a music minister at Saint Blaise parish in Bellingham Massachusetts, a theater teacher/sound designer at the Stadium Theatre Performing Arts Centre, and a theater program director at North Cumberland Middle School and MercyMount Country Day School. He is currently pursuing a degree in music production from Berklee online, the online affiliate to the Berklee College of Music in Boston. 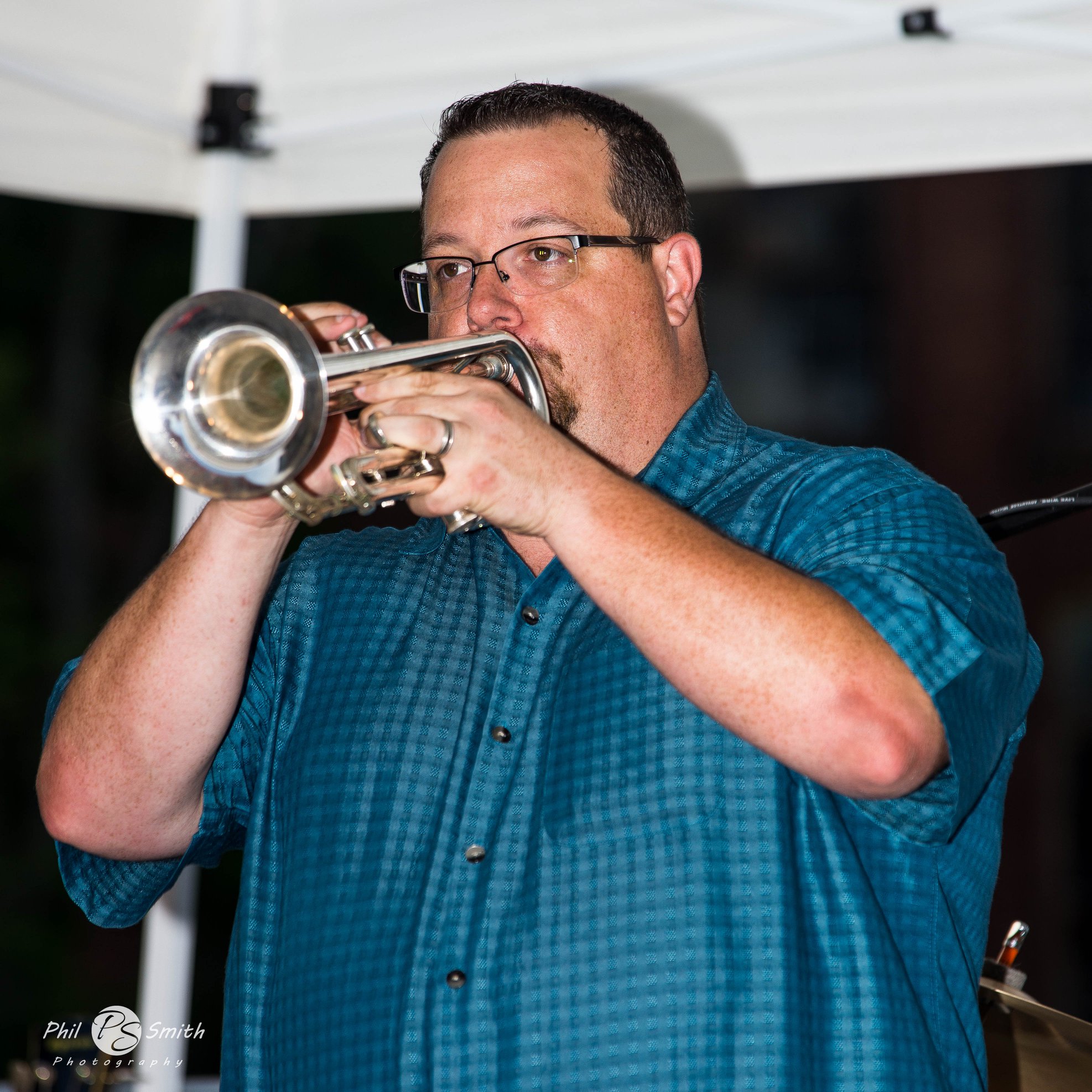 Erik Johnson is a native Rhode Island-ah currently residing in Pawtucket, RI with his wife and 2 amazing children. He started playing piano under the tutelage of his Grandmother, but found using 3 fingers on the trumpet was much easier than using 10 for piano. Erik has studied trumpet under Thomas Rotondo, John Pellegrino, Mark Berney, and George Kent. He is a graduate from the University of Rhode Island. He has played trumpet for a number of community and professional ensembles throughout New England including The Ocean State Summer Pops Orchestra, Castle Entertainment Big Band, Joe Parillo Big Band, and has been a staple at the Stadium Theatre for Performing Arts in Woonsocket, for over 12 years performing for special events, community theater productions, and Holiday Concerts. Erik is currently the Nursing Program Director at Tockwotton on the Waterfront in East Providence, as well as looking for private music students. 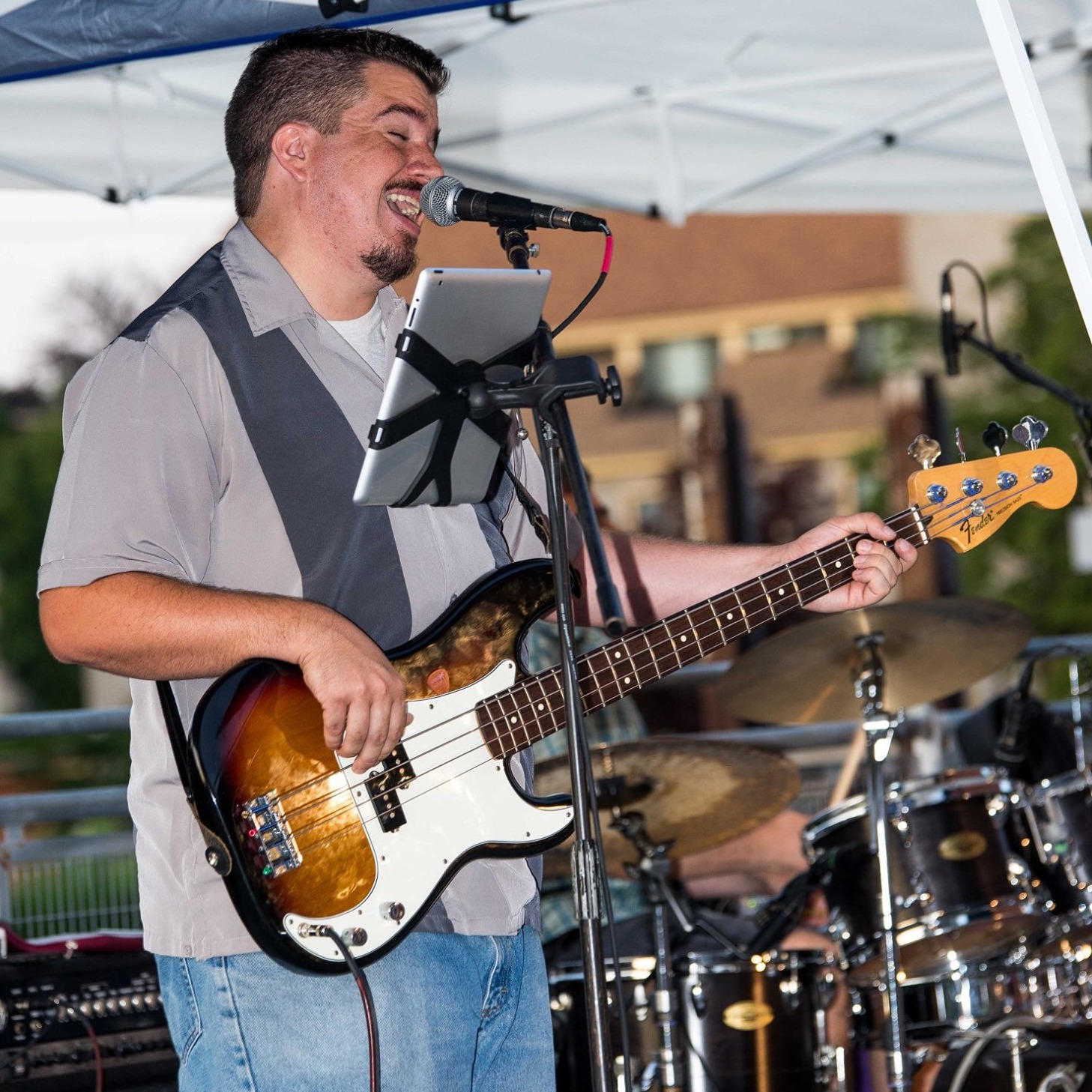 Christopher Depot grew up in South Kingstown and now resides in Cumberland, Rhode Island with his wife and 2 children. He started playing his grandfather’s trombone when he was 10 years old. A graduate of the University of Rhode Island, Chris studied trombone under Darren Acosta (BSO, FRS) and Gabe Langfur (RIPHIL). He has played trombone and electric bass for The Ticonderogas, Roger Ceresi, Steve Smith and the Nakeds, the Coastline Swing Band, the Joe Parillo Big Band, Special 20, Bad Larry, the New Providence Big Band and many other Rhode Island ensembles. Chris has been the band director at Woonsocket High School since 2011.